Beijing National Stadium, colloquially as the Bird's Nest, is a stadium in Beijing, China. The stadium was designed for use throughout the 2008 Summer Olympics and Paralympics. Located in the Olympic Green, the $423 million stadium is the world's largest steel structure. The design was awarded to a submission from the Swiss architecture firm Herzog & de Meuron in April 2003, after a bidding process that included 13 final submissions. The design, which originated from the study of Chinese ceramics, implemented steel beams in order to hide supports for the retractable roof; giving the stadium the appearance of a "Bird's nest". Ai Weiwei, the artistic consultant, played a critical role in pushing the design to have unique Chinese characteristics. The retractable roof was later removed from the design after inspiring the stadium's most recognizable aspect. Ground was broken in December 2003 and the stadium officially opened in June 2008.

Besides the Bird’s Nest and Water Cube, the Pangu Plaza is another astonishing building located in the Olympic Green. The whole building resembles a dragon which is made of three parts; the office building as the head, three apartment buildings as the body and the tail, the Seven Star Hotel. The Pangu Plaza is located to the west of the Water Cube with a floor space of 42 hectares. It is one of the most luxurious places in Beijing, which is named after a mythical figure in Chinese mythology, Pangu. Chinese people used to consider Pangu as the first living being and the creator of the whole universe. In the beginning there was nothing in the universe except a formless chaos. This chaos coalesced into a cosmic egg for about 18,000 years. Within it, the perfectly opposed principles of Yin and Yang became balanced, and Pangu emerged from the egg. He began to create the world: he separated Yin from Yang with a swing of his giant axe, creating the Earth (Yin) and the Sky (Yang). To keep them separated, Pangu stood between them and pushed up the Sky. With each day the sky grew 3 meters higher, the Earth 3 meters thicker, and Pangu 3 meters taller.

Born in 1957, Ai Weiwei is a Beijing local. He was enrolled in Beijing Film Academy in 1978, then lived and studied in PSD Parsons and Art Students League of New York from 1981 to 1993. As cultural figure of international renown, Ai Weiwei is an activist, architect, curator, filmmaker, and China’s most famous artist. Some of Ai’s best known works are installations, often tending towards the conceptual and sparking dialogue between the contemporary world and traditional Chinese modes of thought and production. For Sunflower Seeds (2010) at the Tate Modern, he scattered 100 million porcelain “seeds” hand-painted by 1,600 Chinese artisans—a commentary on mass consumption and the loss of individuality. His infamous Coca Cola Vase (1994) is a Han Dynasty urn emblazoned with the ubiquitous soft-drink logo. Ai also served as artistic consultant on the design of the “Bird’s Nest” stadium for Beijing’s 2008 Olympics, and has curated pavilions and museum exhibitions around the globe. 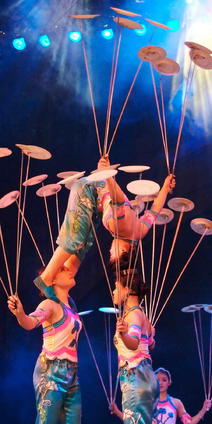