Embroidery is a brilliant pearl in Chinese art. From the magnificent Dragon Robe worn by the Emperor to the popular embroidery seen in today’s fashions, embroidery adds so much pleasure to the life and culture of Chinese people. As a folk art with a long tradition, Embroidery occupies an important position in Chinese arts and crafts. It is, in its long development, inseparable from silkworm raising, silk reeling and weaving.

Silkworms were domesticated. The production of silk thread and fabrics gave rise to the art of embroidery. According to the classical Shangshu (Book of History), the “regulations on costumes” of 4000 years ago stipulated among other things “dresses and skirts with designs and embroideries”. This is the evidence that embroidery had become an established art long ago.

The oldest embroidered product in China on record dates back to the Shang Dynasty. Embroidery in this period symbolized social status. It was not until later on, as the national economy developed, that embroidery entered the lives of the common people.

Court embroidery was set and specialization came into being. The patterns of embroidery covered a larger range, from sun, moon, stars, mountains, dragons, and phoenix to tiger, flower and grass, clouds and geometric patterns. Auspicious words were also fashionable.

One notable figure in the development of embroidery was the wife of Sun Quan, King of Wu. She was also the first female painter recorded in Chinese painting history. She was good at calligraphy, painting and embroidery. Sun Quan wanted a map of China and she drew one for him and even presented him embroidered map of China. She was reputed as the Master of Weaving. Portraits also appeared on embroidery during this time.

Embroidery was widely used to show honor to Buddha statues. Besides Buddhist figures, the subjects of Chinese painting such as mountains, waters, flowers, birds, pavilions and people all became themes of embroidery.

Embroidery developed into an art by combining calligraphy and painting. New tools and skills were invented. The Wenxiu Department was in charge of embroidery in the Song court. During the reign of Emperor Hui Zong, they divided embroidery into four categories: mountains and rivers, pavilions, people, as well as flowers and birds. During this period, the art of embroidery came to its zenith and reputed workers popped up. Even intellectuals joined this activity, and embroidery was divided into two functions: art for daily use and art for art’s sake.

The religious touch of embroidery was strengthened by the rulers of Yuan Dynasty who believed in Lamaism. Embroidery was much more applied in Buddha statues, sutras and prayer flags. One great product of this time is kept in Potala Palace.

Traditional auspicious patterns were widely used to symbolize popular themes: Mandarin ducks for love; pomegranates for fertility; pines, bamboos and plums for integrity; peonies for wealth and honor; and cranes for longevity.

New ingredients from Japanese embroidery and even Western art were absorbed. New materials such as gilded and silvery threads emerged. According to The Dream of the Red Chamber, a popular Chinese novel in the Qing Dynasty, peacock feathers were also used.

Su embroidery is known for its delicacy and elegance. It has a wide range of themes. Its techniques include both single faced embroidery and unique double-faced embroidery that looks the same from either side. Double-sided embroidery has the same pattern on both sides and uses the same embroidering method that does not show the joins in the stitches. Basic features of Su embroidery are simple composition, clear theme, vivid image, and gentle color.

Shu embroidery is renowned for its superb workmanship, smooth and bright in quality. It has strong expression and artistic effect. The features of it are said as “fine and smooth needlework, simple and elegant colors, graceful and easy lines and the traditional Chinese paintings’ style”. Its needling characteristics lie in “the even stitches, bright threads, closeness and softness in texture, and both centrifugal and centripetal needling”. The embroidery takes locally-produced colorful satin and threads as its materials.

Influenced by traditional folk art, Yue embroidery formed its own unique characteristics. The embroidered pictures are mainly of dragons and phoenixes, and flowers and birds, with neat designs and strong, contrasting colors. Floss, thread and gold-and-silk thread embroidery are used to produce costumes, decorations for halls and crafts for daily use.

Xiang embroidery’s unique techniques are generally based on Chinese painting, although it also includes techniques of engraving, calligraphy, and embroidery. This combination of techniques produced a new and unique embroidery product, double-faced and with different images and colors on each side of a transparent chiffon, greatly uplifting the artistic value of Xiang embroidery. The main threads used include pure silk, satin, transparent gauze and nylon, etc. 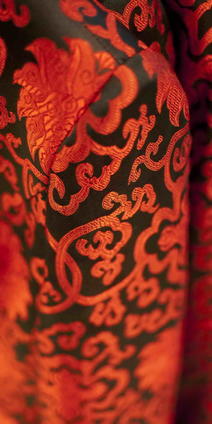 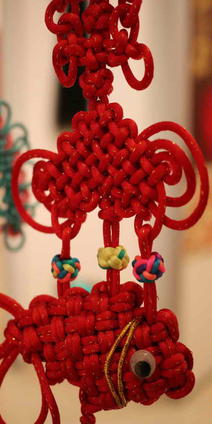 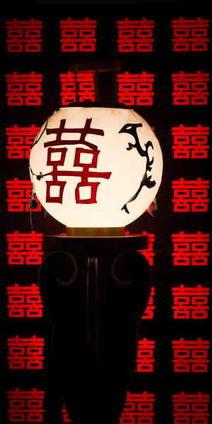 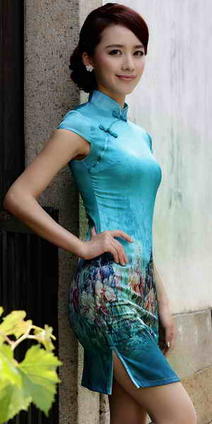