Pearls have been known as the foundation of the modern woman's wardrobe. Fashionable, luxurious and adaptable, pearls enhance a woman's style.Natural freshwater pearls occur in mussels for the same reason that saltwater pearls occur in oysters. Foreign material, usually a sharp object or parasite, enters a mussel and cannot be expelled. To reduce irritation, the mollusk coats the intruder with the same secretion it uses for shell-building, nacre. To culture freshwater mussels, workers slightly open their shells, cut small slits into the mantle tissue inside both shells, and insert small pieces of live mantle tissue from another mussel into those slits. In freshwater mussels that insertion alone is sufficient to start nacre production. Most cultured freshwater pearls are composed entirely of nacre, just like their natural freshwater and natural saltwater counterparts.

Since around 500 AD, the Chinese have placed molds with tiny Buddha images in freshwater Cockscomb Pearl Mussels to create Buddha blister pearls, the world's first cultured pearls. In the 1800s, Qing dynasty rulers prized natural Chinese freshwater pearls, especially from Manchuria, over marine pearls. Pearls from the Cockscomb, however, the first Chinese pearl mussel used in modern pearl culturing, were considered of poor quality. In contrast, those produced from the Chinese Triangle shell since the 1980s rival marine pearls in luster, color range and availability.The quality of pearls is judged by the orient, which is the soft iridescence caused by the refraction of light by the layers of nacre, and luster, the reflectivity and shine of the surface. Fine pearls do not have any flaws or spots in the nacre; it has an even smooth texture. Other factors which affect value are the regularity of the shape, size, and color; rose tints are the most favored.

Today there are two major divisions among categories of pearls: naturally occurring pearls and cultivated (or cultured) pearls. The great majority of pearls grown today come from the latter category. Chinese cultured pearls and natural pearls can be distinguished from imitation pearls by a very simple test. Take the pearl and gently rub it against the edge of a tooth. Cultured and natural pearls will feel slightly rough, like fine sandpaper, because of the texture of natural nacre. Imitations will feel as smooth as glass because the surface is molded or painted on a smooth bead.

Starting from the 1990s, China surprised the market with products that are revolutionizing pearling. The shapes, luster, and colors of the new Chinese production often match original Biwa quality and sometimes even surpass it; certainly the new orange and peach-colored pearls are unique. As testimony to China's achievement, their freshwater pearls are round enough and good enough to pass as Japanese akoya. China already sells round white pearls up to 7mm for perhaps a tenth the price of Japanese cultured saltwater pearls. Abundant supply makes the price of pearls in China much more reasonable than in overseas markets. 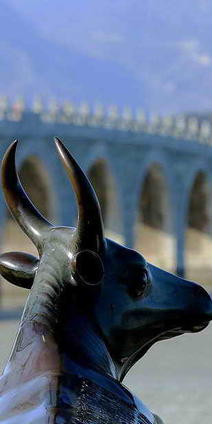