Hot Pot, or Huoguo, is probably the most popular food with the local Beijingers. Typical Hot Pot dishes include thinly sliced meat, leafy vegetables, mushrooms, wontons, egg dumplings and seafood. The cooked food is usually eaten with a dipping sesame sauce. Some have claimed that the Hot Pot tradition had its origin from Mongolia. Although there is little historical evidence to support this, including the fact that Hot Pot is not a part of Mongolian cuisine but rather Chinese cuisine. Another more likely claim of origin is from near the Sichuan province of China, more specifically, the Ba region surrounding the municipality of Chongqing. The Chinese Hot Pot boasts a history of more than 1,000 years. Both the preparation method and the required equipment are unknown in the cuisine of Mongolia now. Due to the complexity and specialization of the utensils and the method of eating it, Hot Pot cooking is much better suited to a sedentary culture. A nomadic household will avoid such highly specialized tools, to save volume and weight during migration. Hot Pot cooking seems to have spread to northern China during the Tang Dynasty (618-906). In time, regional variations developed with different ingredients such as seafood. By the Qing Dynasty (1644-1911), the Hot Pot became popular throughout China. Today in many modern homes, particularly in the big cities, the traditional coal-heated Hot Pot has been replaced by electric or gas versions. Because Hot Pot styles vary so much from region to region, many different ingredients are being used.

Frozen meat is sliced thin to cause it to roll up during cooking. Meats used include lamb, beef, chicken, and others. The cooking pot is often sunk into the table and fueled by propane, or alternatively is above the table and fueled by a portable butane gas stove or hot coals. Meat or vegetables are loaded individually into the hot cooking broth by chopsticks, and cooking time is brief. Meat often takes only 15 to 30 seconds to cook. There are often disagreements between different styles of Hot Pot enthusiasts. Some like to place items into the hot pot at a relaxed, leisurely pace, enjoying the cooking process; while others prefer to throw everything in at one time and wait for the Hot Pot to return to a boil.

Haidilao is one of China’s largest chain restaurant companies with over 117 restaurants in China. It was named among Top 100 National Most Valuable Private Brands by Hurun Report magazine. Haidilao Hotpot brand is the national leader of Sichuan-flavored hotpot. Haidilao attaches great importance to service and innovation. It adheres to the policy of “Service first, customers first”, taking innovations as its core value. To meet customers’ satisfaction and spread Sichuan hotpot culture, they offer standardized service as well as individuation service to the customers, such as remote conference dining option and 24-hour Hi-Deliver service. With the purpose of “constantly maintaining customers’ satisfaction”, it dedicates to providing “attentive, warm and comfortable” services for customers. There are 6 large modern logistics bases in Beijing, Shanghai, Xi’an, Zhengzhou, Wuhan and Dongguan and 1 hotpot seasoning producing base in Zhengzhou respectively. Products, made in Zhengzhou base, have been examined and passed the approval of HACCP certification, QS certification and ISO certification.

There are two most famous restaurants in Beijing, Quanjude for Peking Roast Duck and Donglaishun for Hot Pot. Donglaishun is a time-honored Muslim restaurant in Beijing famous for Hotpot. Donglaishun was founded by Ding Deshan, a man of Hui Ethnic group. In 1903 of the Qing Dynasty (1644-1911), he set up a snack stall in Wangfujing Avenue in Beijing, the most famous walking street in Beijing. Due to prosperous business, he expanded the stall into a cote named “Donglaishun Porridge Booth”. In 1914, such additional food as quick-fly, toasted and instant-boiled mutton as well as fried dishes were offered in “Donglaishun Porridge Booth”. It was then renamed as Donglaishun Mutton Restaurant which is characterized by the fine materials selecting, delicate processing, complete condiments and strong fire. Mutton used in Donglaishun is taken from small-tail sheep produced in Inner Mongolia Autonomous Region. More importantly, only several parts of the sheep such as rear leg, after body and spinal flesh are used. At the same time, exquisite skills of cutting mutton are required in the restaurant, with standards as thinness, evenness and uniformity. When served on trays, mutton slices should be translucent to such an extent that patterns of the trays can be seen through them. Because of this, mutton offered by the restaurant is instant-boiled and featured by fragrance, tenderness and free of smell. Moreover, diversified condiments with peculiar texture are specially prepared by the restaurant, and all hotpots used here have been modified to obtain strong charcoal fire without flying ashes. Nowadays, branches of Donglaishun Restaurant have been distributed throughout China and attracted many celebrities home and abroad. Unknown to foreigners but popular with Chinese 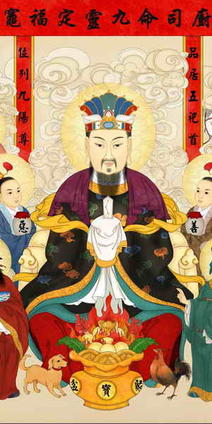