Chinese calligraphy is like a rare, exotic flower in the history of civilization, and is a unique gem of Oriental culture. Graphically, it is comparable to painting in its ability to evoke emotion through a rich variety of form and design. As abstract art, it displays the rhythmic and harmonious flow of music. And from a practical point of view, it is written language.With the "four treasures of the study", namely, brush pens, ink sticks, paper, and ink slabs as tools, and through the medium of lines, China's calligraphers have over the centuries developed uncounted different calligraphic styles. This plethora of diverse styles can, however, be grouped into five basic categories : Chuan Shu, Seal Script; Li Shu, Official Script; K'ai Shu, Regular Script; Hsing Shu, Running Script; and Ts'ao Shu, which literally means "Grass" Script, but is usually referred to as Cursive Script.

Chinese calligraphy is not only a practical tool of everyday living; it comprises, along with traditional Chinese painting, the mainstream of China's art history. All kinds of people, from emperors to peasants, have avidly collected works of fine calligraphy. And calligraphic works are not only for making into scrolls or framing and hanging in a room or study; they are to be found everywhere you look: on shop and government office building signs, on monuments, and in stone inscriptions. All of these examples of Chinese calligraphy have supreme artistic value. Today, as in the past, calligraphers are often literati as well as artists. Their calligraphic works may include renderings of their own poems, lyrics, couplets, or letters; or those of famous masters.

Traditional Chinese Painting is famous for its original style and distinctive national features in the world. Over the centuries, the practice of countless artists made it an art subdivided into a multitude of schools with some traits in common.In terms of mode of expression, traditional Chinese painting mainly falls into two schools. The Xieyi School, literally “painting the feeling”, marked by exaggeration of form and liberal use of ink; another school called Gongbi, meaning meticulous brushwork, characterized by strict and detailed representation of the subject. As to the subject, the most popular ones have been landscapes, human figures, animals, fishes, birds and flowers. Hence, there are figure painting,flower and bird painting, as well as mountain and river painting. The interesting thing is the symbolism used in the painting that often puzzles the westerners' eye. Mountains, rivers, plants, animals, birds, flowers, etc, can all be chosen for their traditional association as much as for their inherent beauty. For example, the pine trees represent the uprightness and immortality. Together with the bamboo and prunes, they are known as the three Friends of Winter. The orchid, a modest flower, is often used to describe the virtuous artists and scholars. Another much depicted group of flowers are the flowers of the four seasons. They are the peony, standing for the riches and honors; the lotus, coming out of the mire without being smeared, for purity; the chrysanthemum, for elegance, righteousness and longevity; and the prunes, for bravery and the messenger of spring. 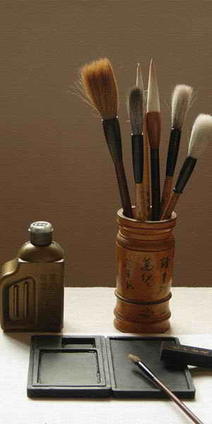 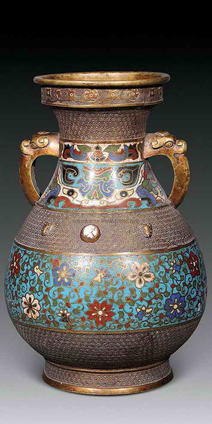 The most famous local handicraft 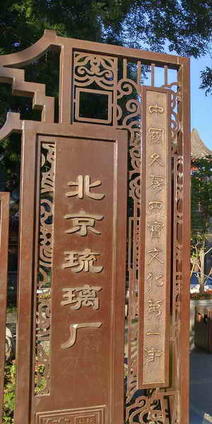 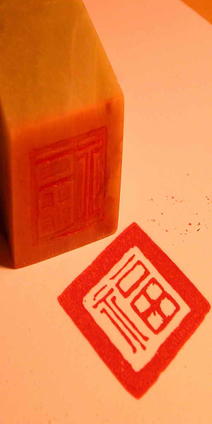